So, What is So Special About Tyvek®?

“A spun-bonded material made from high-density polyethylene fibres” – no, me neither. But this is what is says on the Tyvek website! What does it really mean and why is it a material with such amazing potential not least for the fashion industry? Also why is it already having such a big impact in the Japan, Taiwan and China?

Well, the thing is, Tyvek®  was never really meant for the fashion industry. Originally it was 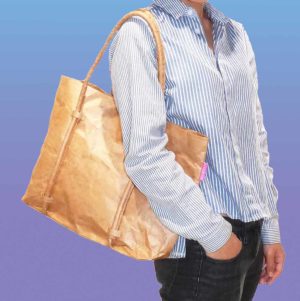 invented by DuPont, the giant American industrial corporation. It was soon seen as a fabric which could be produced in rolls. And then it was observed that it had huge potential for industrial use.

Because Tyvek® is so light, waterproof and strong it was seen as being ideal for covering buildings. The buildings whilst under construction and whilst being refurbished. It is also considered for making the lightweight industrial protective clothing that is now worn all over the world.

It was only later that other uses were found for this amazing material such as the wrist bands which millions of concert goers are familiar with and such things as Fedex envelopes, the ones which are impossible to tear open.

Later, a softer, version of Tyvek® began to be used for clothing including jackets, sweat pants, hats and shoes. A market that is already becoming well established in the Far East and is about to be discovered by the West. 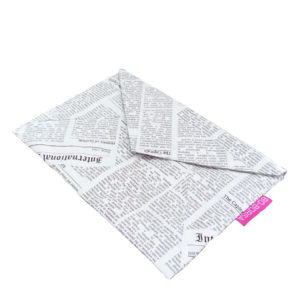 BO-BORSA were one of the first companies to recognise the potential of Tyvek® for bags, light luggage and accessories. We then launched our first range in London and in Paris. The company now plans to extend the range to include many more new and innovative designs and prints.

So, this amazing material Tyvek® is strong, ultra-lightweight, weighing less than paper, waterproof, washable, resistant to almost all oil and grease, UV resistant and recyclable. And it can be printed in any colour and with any design or logo. In other words, it has almost unlimited potential.

And that potential is fast being realised in the Far East. In China, Taiwan and especially Japan Tyvek® is already fast becoming known as an amazing fashion fabric with an ever increasing range of clothes and other fashion products appearing on the market.

Take a look at www.bo-borsa.com website to see some of the fabulous BO-BORSA range of bags, light luggage and accessories.